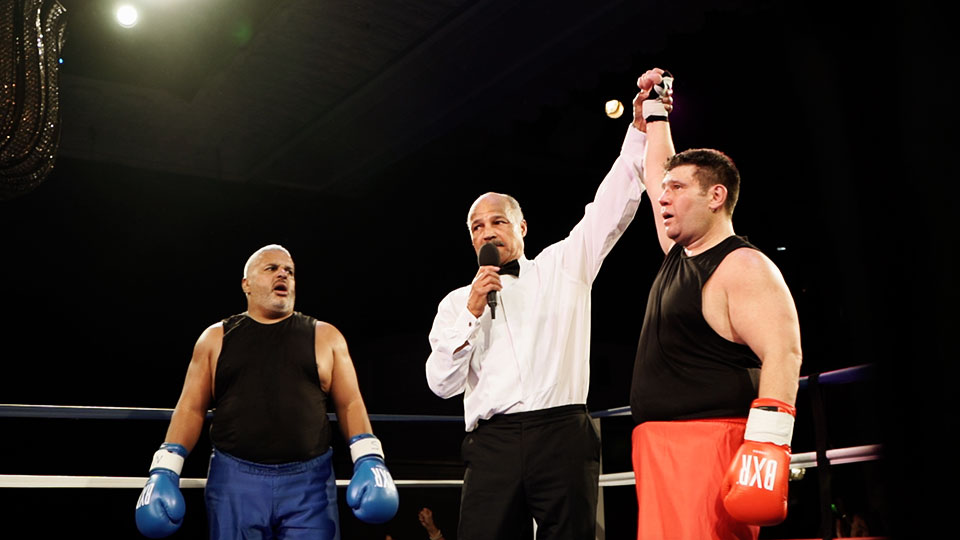 Every year Caudwell Children hold a White Collar Boxing event called ‘The Float Like A Butterfly Ball’ to raise money for children with cancer. Our mission was to capture the training process of one of the fighters and strategic partner Pietro Ranieri. We filmed his challenging regime as well as the main event. Thanks to our vast experience on videography projects, we felt the best and most efficient way of capturing the event was to shadow the fighter using a one-man camera team.

At the gym, we got inside the ring to get as close as possible to capture every little for viewers to really feel a connection to the video. Most of this was shot using our gimbal setup. Allowing us to capture the speed and intensity of each punch. To add a personal element to the video, we recorded brief interviews with Ranieri’s family and friends. The evening consisted of a dinner where guests took part in a charity auction whilst our cameraman was in the dressing room. Capturing key footage of Pietro preparing for the fight.

A simple setup of a camera (Sony A7iii) on a gimbal (Ronin-SC) was used throughout. In order to stay as mobile as possible due to the flexibility needed for filming around the venue.

The Italian Stallion, as Pietro was called, walked down and along the red carpet leading up to the ring. Enabling a perfect view between the ropes to film the action. Through the fight, the main battle was working around the referee and the eyes of the audience.

Nonetheless, it was all worth it when we captured the elation of Pietro’s friends and family when he won by decision.

IF YOU’RE LOOKING FOR A KNOCKOUT VIDEOGRAPHY TEAM, THEN LOOK NO FURTHER THAN MOMENTUM. WE’LL LEAVE THE KETTLE ON…