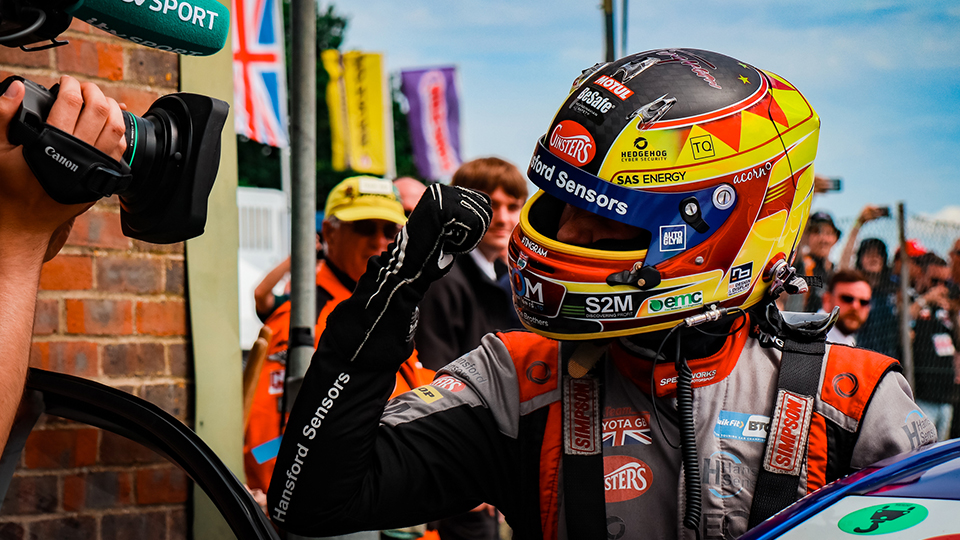 On every major social media platform, you have the ability to use filters. This provides a whole new meaning of interaction when it comes to taking photos of yourself, other people and even your surroundings. This all started back in 2015 when Snapchat released its first version of the augmented reality technology. These were called ‘Lenses’. After building over 3,000 Augmented Reality (AR) filters they eventually found traction. In December 2017, Snapchat launched a free desktop app called ‘Lens studio’. This helped users and advertisers with even the most limited design experience to bring their creations to life. Helping bring filter to the masses!

Over the years Momentum have built up a close relationship with Tom Ingram, one of the drivers in the BTCC. When he approached the team wanting to find a new way of interacting with his fanbase due to ongoing Covid-related restrictions, there was one tool that stood out from the rest–an Instagram filter!

Once we had the go-ahead the team started looking into creating filters for Tom’s social media channels. Similarly to Snapchat, Facebook launched its own app called Spark AR for users to create their own filters.

Once the positioning of each element was confirmed, we enhanced the experience by adding sound effects. When using the race helmet & suit filter you’ll hear a race car speed past as if you were at the track. The team also designed a 3D headset filter to complement the race suit. For the headset filter we adjusted the microphone input. Making your voice sound like you were talking over the radio to the team, giving the user an even greater experience using the filter. Getting them as close to the real-life action without ever having to leave their sofa.

Tom and the Momentum team then worked up a launch video to help show users how to search, save and use them. They became available on his Facebook and Instagram accounts for anyone to play around with. Helping Tom and the Speedworks team connect with his audience unlike any other driver in the BTCC paddock! Take a look at Tom here interacting with his fans like never before.

IF YOU’RE LOOKING AT ENGAGING WITH YOUR AUDIENCE THROUGH THE USE OF AR FILTERS, LOOK NO FURTHER THAN MOMENTUM!