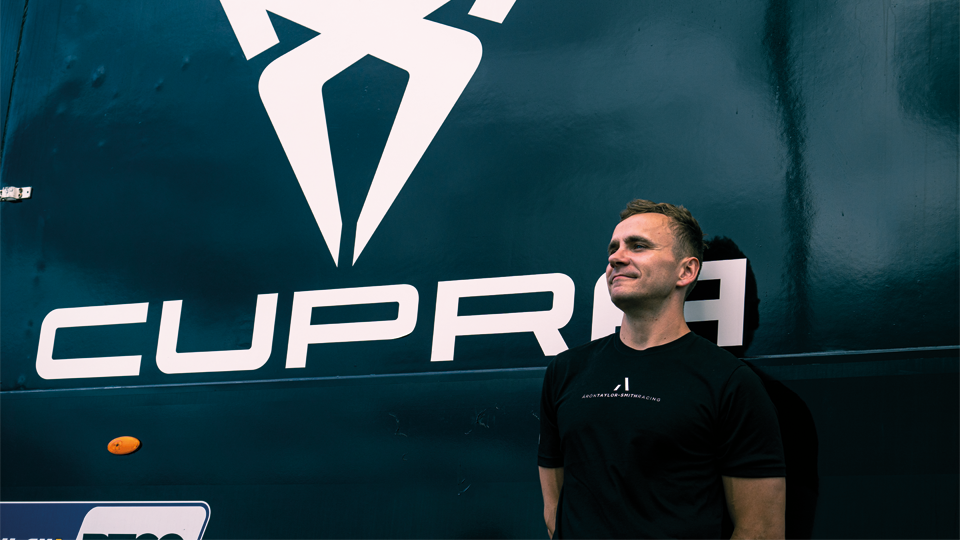 Aron Taylor-Smith is an Irish racing driver competing in the BTCC for his seventh season in the championship. He’s a multiple BTCC race winner, and the driver does more than just race! The Momentum team has been helping him on various media production projects throughout the 2021 season to grow Aron’s brand presence.

The projects the team’s been involved in surround videography support, primarily at each round of the 2021 season which includes the opener at Thruxton, Snetterton and Brands Hatch Indy. The goal of the videos is to provide insights into his sponsors and race weekends. This includes interviews on race preparation, videos around Team HARD’s bus and equipment, and race-car close ups using hyper-short video to showcase unique individual car features such as the grill. The team has also been busy producing Instagram Reels – bitesize videos that highlight the weekend action from arrival to racing.

Aron Taylor-Smith features as one of this season’s stars of the hit docu-series On The Limit. As such, the team has been following Aron and Team HARD closely at each race weekend. To document the highs and lows of the Irishman’s 2021 BTCC season. Their team has been mic’d up for a never-before-seen insight; stay tuned for all the drama at the end of the season!

During the second round of the BTCC at Snetterton, the team helped Aron launch his clothing line with photography support at the event – conducting a photoshoot with him using a mix of close-up shots to showcase the product. In addition to short-form video featuring slow motion paddock walks and close ups to show off the driver’s new merchandise. Launching this merch is important for the driver to develop his brand, giving his fans a tactile way to connect with and represent him at race weekends.

Here’s what he had to say:

“This year was the first occasion that I worked directly with the team at Momentum after seeing their work throughout the BTCC paddock. I have to say that I am blown away by the work that they have done to date and will continue to do so as I can’t imagine using anyone else.

Arguably the best aspect of working with Momentum is how you can approach them with a concept and they will develop it from start to finish. They have perfectly executed promotional videos, artwork and even the launch of my return to the BTCC so far this year. They are creative beyond words and I can’t reiterate enough the value that they have injected to my BTCC program for all of my partners.” – Árón Taylor-Smith

Whatever your video needs, Momentum’s media team has it covered. Contact the team for media production support!