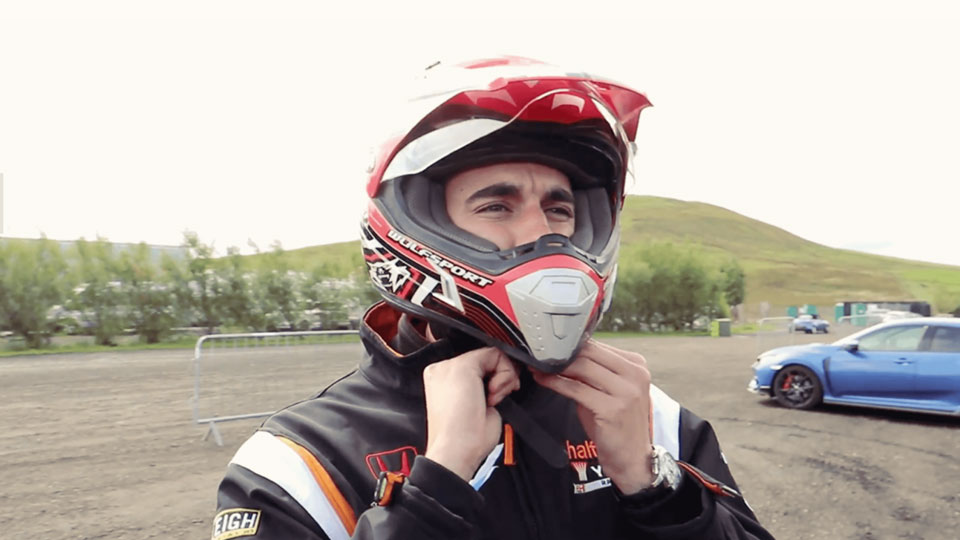 What do you get when you cross 5x cameras, a drone, 4x Honda ATV’s, 3x camera operators, 2x creative agencies, 1x BTCC driver and a famous Scottish hill? An epic Honda film; thanks to a collaboration offer from MPA Creative. On a rainy Thursday morning, Momentum Social headed to Knockhill; Honda’s playground for the day. The result? Four hours of lucky unbroken Scottish sunshine and some incredible media production.

While video comes in many forms, there’s no doubting it should be the focus of everyone’s content strategy moving forward. In fact, Facebook estimates over 1 million minutes of video will cross its network every SECOND by 2021. Which is an enormous amount, even by Facebook standards. Because of this, Momentum Social has built the in-house ability to deliver all types of video; Honda being the latest. We’ve also delivered multiple projects for our flagship client Dunlop Tyres.

We’ve previously posted about the importance of short-form video on Instagram and Facebook. Following this, Momentum Social has provided media production for a number of clients, including Dunlop Tyres, Savse Smoothies, My First Savse and now Honda. The key to cost-effectively producing this content is bearing it in mind when filming long form video. For example; filming with the subject area framed centrally so the video can be clipped and mobile-optimised.

To engage on social media and remain competitive as an agency, Momentum puts focus on staying ahead of the curve. First, by putting a 360 degree in a BTCC car during live practice sessions (even before Formula One did!). From drone footage, to VR, POV, GoPro, Gimbals and static interviews. Momentum Social has delivered media production projects for major brands.

GET IN TOUCH WITH OUR MEDIA TEAM.